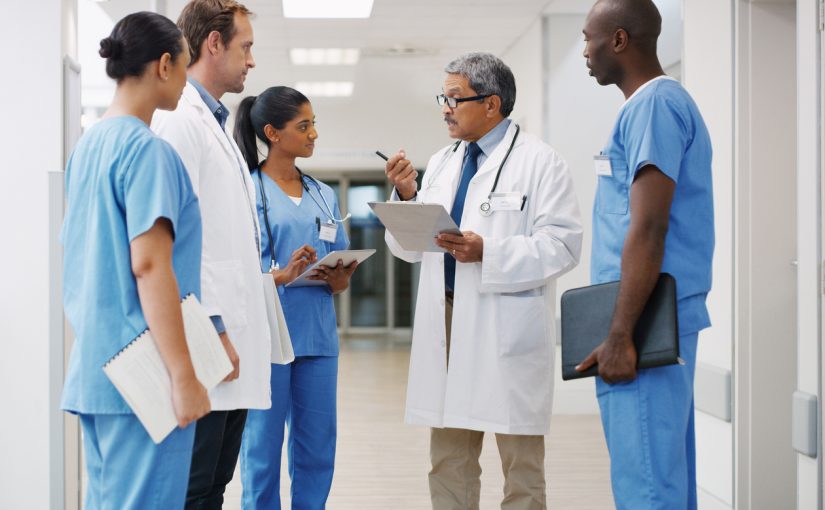 Abstract: A well-organized institutional review board (IRB) ensures excellent quality assurance in the regulatory area and enables the IRB to score an A+ on regulatory inspections conducted by the U.S. Food and Drug Administration (FDA). This article describes best practices in IRB management and tools to help prepare for an FDA audit. Lessons learned from experiences at the Toledo Community Oncology Program are highlighted.

The Toledo Community Oncology Program was established in 1984. It had a central administrative office and was IRB of record for its central IRB and 19 affiliate sites. The IRB, which had extensive experience overseeing studies and was well organized, had 16 primary members and 16 alternate members. During monthly meetings, the IRB reviewed three to five new studies, about 40 re-approvals that ranged from full-board review to expedited review, and about 20 study addendums and various other materials that required IRB review.

To ensure a good sound basis for the IRB office, the IRB must know where to find the federal regulations and guidelines on oversight of clinical research, keep them handy, always staying informed of changes in regulations. There are several websites that provide this information, including those of the FDA and the Office for Human Research Protections. The IRB must implement the regulations through policies and procedures, and members must be educated on the regulations, policies, and procedures.

It is important that the IRB does not rubber stamp approvals on clinical research. Be sure that the IRB members are reviewing documents prior to a meeting and asking appropriate questions at the meeting for discussion. IRB members must be dedicated to their responsibilities and understand why they have been asked to serve on the IRB and the importance of the IRB function. Members must be willing to attend meetings to meet the quorum requirements.

Documenting the IRB’s members and work is necessary. Although the Toledo Community Oncology Program was completely electronic, it was also helpful to have printed documents handy. This is especially helpful for FDA inspections. The past IRB office maintained a tabbed binder with a separate tab for each IRB member that included completed human protections training, annual continuing education, and the member’s credentials and CV.

All primary and alternate members were listed in the front of the binder. This also served as a reminder to update the list as necessary. An IRB roster is very helpful to IRB coordinators. The IRB roster should contain all of the information required for IRB registration with the Office for Human Research Protections or another organization. During an inspection, the FDA will want to see the IRB roster, and it is important to keep your roster up-to-date.

The IRB must be in compliance with its own policies and procedures. For example, the Toledo Community Oncology Program had a policy stating that local deviations for a particular clinical research study must be reported to the IRB within in 30 days. The FDA asked whether the site had a policy on reporting to the IRB during their last inspection, and the Toledo Community Oncology Program was able to share the policy with the investigator. All anticipated actions of the IRB should be clearly outlined in the IRB policies.  Not complying with specific site IRB policies could result in a deviation.

The purpose of FDA inspections is very simple – to ensure the protection of the human subjects participating in research. The FDA investigator visits an IRB to ensure that it is following the regulations in order to protect human subjects. Table 1 provides an overview of the IRB’s authority and functions. IRB members must know what the IRB can and cannot do. Often, IRBs tend to rubber stamp things because they are afraid to take the actions that they are authorized to take.

IRBs have the right to require a progress report from investigators. When the author served as a consultant and helped revamp an IRB, she found that the IRB was reviewing studies or re-approving studies without any update from the investigators. When the IRB requested a progress report from an investigator, the response was that the investigator did not have time to write the report. The author informed the IRB that it should suspend the study because it could not possibly do the review if it did not know what was happening with the study.

IRBs also have the authority to suspend or terminate the approval of a study and to place restrictions on a study. Although the regulations require re-approval within 365 days, if there is an issue with the study, the IRB can require re-approval sooner, for example, in six months.

As per the regulations, the IRB must conduct an initial review of a study before subjects are enrolled and re-approve the study within 365 days of the approval. The IRB must report findings and actions to the investigator in writing. The FDA will ask to see this during an inspection. Determining which studies require review more often than annually is a function of the IRB.

The IRB must ensure that changes in the research are not initiated prior to IRB approval except where necessary to eliminate apparent immediate hazards to subjects. Ensuring prompt reporting of unanticipated problems involving risks to subjects or others to the IRB, appropriate institutional official, and the FDA is another IRB function. Research does not always show positive results, but it is necessary to protect future subjects by prompt reporting of unanticipated problems.

The FDA requires IRBs to have written procedures (Table 2). During an inspection, the investigator will ask the IRB to demonstrate the way in which it meets the federal regulations. The IRB will need to show the investigator the processes that it uses for its operations, step by step. The processes can be adapted from other organizations as long as they enable the IRB to meet the regulations.

The FDA will want to see the IRB’s recordkeeping requirements and the information provided to investigators on its decisions. The IRB must use the communication method (e.g., email or letter) stated in its own policy. As a large consortium with about 70 investigators, the Toledo Community Oncology Program emailed approvals to their investigators. During the last inspection, the FDA asked to see copies of the email approvals. The investigator even asked to see approvals sent to the investigator on one study in a particular month.

Required written procedures also include IRB procedures and guidelines, documents related to the studies given by investigators to the IRB, and documents related to studies sent by the IRB to investigators. IRBs must keep these documents and have them available during an audit. For studies sponsored by a pharmaceutical company, this includes documents that the investigator sends to or receives from the pharmaceutical company. The Toledo Community Oncology Program belonged to a national research base and was required to maintain all documentation from the research base. This enabled the IRB, for example, to show the FDA that a change to a study was made because the research base requested an addendum to the study.

When the author first joined the IRB office at the Toledo Community Oncology Program, there were three file cabinets full of study documents. When she reviewed each study, the necessary documents were there; however, a more organized system was required and was implemented. The author developed a cover sheet for each study where all actions are listed and marked off when completed. Actions include the dates of the IRB meeting, initial study review, re-approval, amendments, study suspension or closure, data safety monitoring reports, and adverse events.

It is impossible to have too much IRB documentation. The more the IRB documents, the better it protects itself. IRB documentation includes meeting minutes and materials. The Toledo Community Oncology Program IRB maintained a file folder for each study and each IRB meeting. IRB actions related to a particular study were kept in the study’s folder and the folder for the particular meeting where the action was taken. The folder for the IRB meeting contained everything related to that meeting, including the minutes, agenda, and attendance. If continuing education was offered, this was included in the folder as well. Voting sheets and adverse event reports were also part of the folder. Having a well-organized IRB office with a detail-oriented IRB coordinator is the key to ensuring an A+ on an FDA inspection.

In terms of study oversight, the IRB must be aware of changes to the protocol and to informed consent forms. This requires having a process in place to receive those changes. The process depends upon the type of studies conducted at the clinical research site and the type of sponsor. Investigators at the Toledo Community Oncology Program received broadcast emails about national studies and emails from pharmaceutical sponsors.

The IRB must also have a process in place for notifications to physician investigators and clinical research coordinators, especially for anything that must be forwarded to them prior to IRB approvals, such as information on safety issues. The Toledo Community Oncology Program IRB developed an email notification system. The author knows, however, that many physicians do not have time to read emails. For this reason, notifying the clinical research coordinator to inform or share the information with their physicians is helpful, and this action should be noted in the IRB’s policies and procedures.

This site uses Akismet to reduce spam. Learn how your comment data is processed.